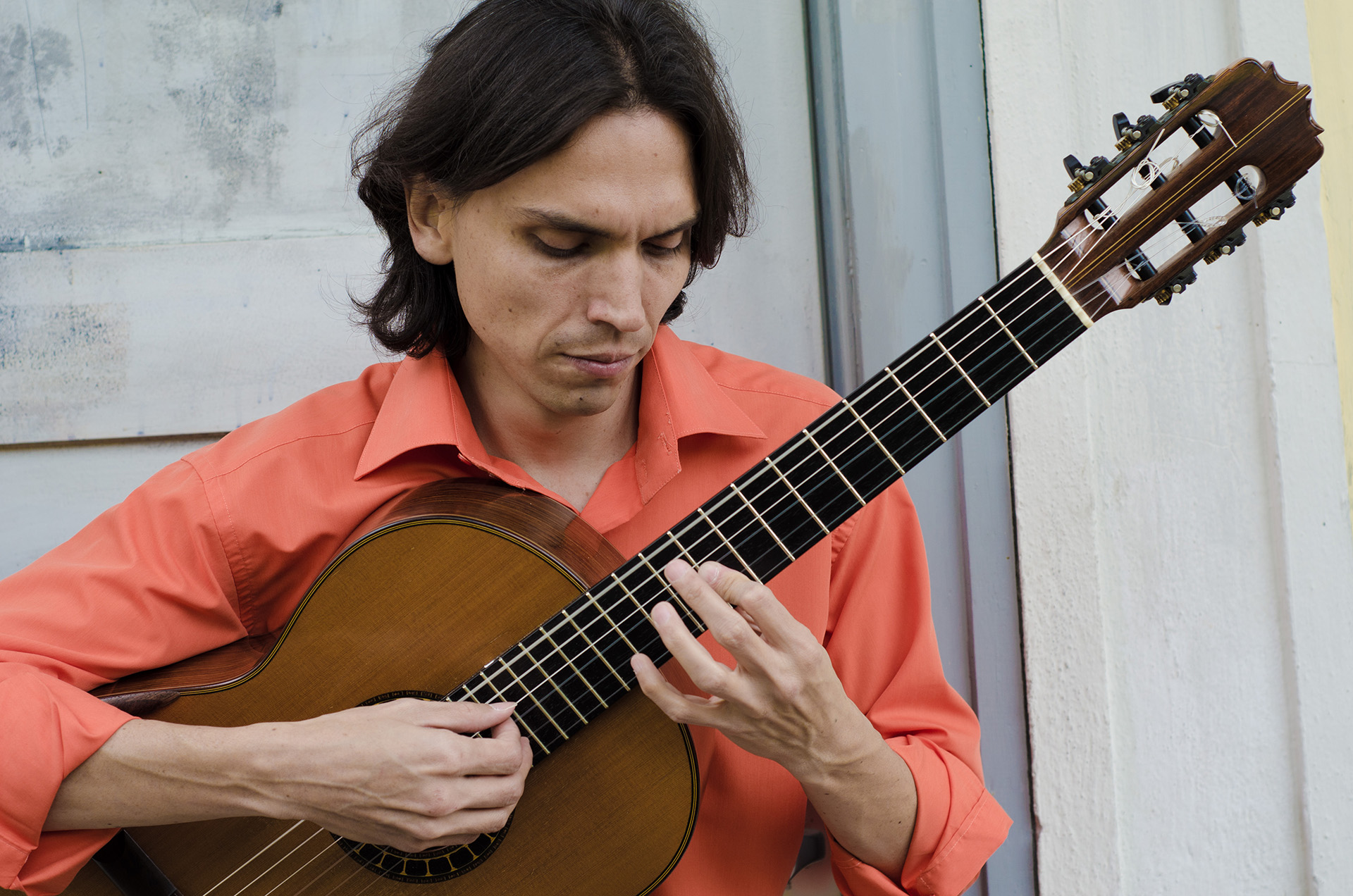 Between 2011 and 2015 he appeared repeatedly as both soloist and accompanist of the Oper im Berg Festival in Salzburg. He was a musician of the Yehudi Menuhin Organisation’s Live Music Now, taking part in a 2012-13 guitar quartet series in Austria and the south of Germany. His natural feel for chamber music has also resulted in collaborations with outstanding groups such as the Mozarteum University Chamber Orchestra and the Lontano Guitar Trio, with which he toured across Mexico and Canada.

Edgar Ocampo has been winner of prizes and grants including the following:

In 2011 he was appointed as a jury member for the music grantees selection process of the 2012 PECDA-Tlaxcala program in Mexico.

His highlights in the field of didactics are his master classes offered at the Encuentro Internacional de Guitarra de Xalapa (Mexico), University of Zacatecas and the Oaxaca First Guitar Festival “Young Guitarists of Mexico”. Over the last years he has also taught in universities, music schools and academies in Mexico, Austria and Germany and undertaken projects for the development of audiences in collaboration with Mexican cultural institutions and universities.

Edgar Ocampo started playing the guitar in Cancun, Mexico, guided by professors Jaime Irigoyen and Carlos Mimendi. He graduated at the University of Veracruz School of Music in Mexico under Professor Alfredo Sánchez and holds a Master ́s degree from the Mozarteum University of Salzburg where he studied with renowned guitarist, Eliot Fisk. Additionally, he took master classes with Roland Dyens, Paolo Pegoraro, Giampaolo Bandini, Remi Boucher, Isabelle Hèroux and violinist Rainer Schmidt among others. He carried out parallel studies in music and guitar at the University of Victoria School of Music in Canada as well, attending the class of guitarist Dr. Alexander Dunn.

Mr. Ocampo currently continues his soloist and chamber music career in Europe next to teaching at universities and music schools in Germany.